Romania is the Eastern European hub for multinationals looking to develop and create brand awareness in the Central - East European region. 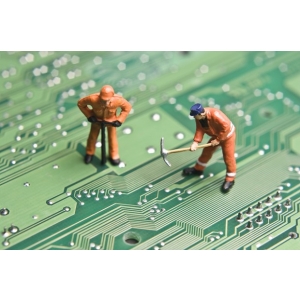 For this reason, in the past years, especially since becoming an EU member, numerous companies chose to develop factories or research and development centers here. Business wise, Romania is mostly developed in its capital, Bucharest, and the Western region. But many companies choose  to develop themselves in more Southern or Northern regions as well.

The same applies to one of our newest clients in the portfolio, a large multinational focused on the manufacturing of home appliances. Our client chose to develop its business on the Romanian market and add a R&D center next to its already successful factory in Northern Romania.

Before making this step, they decided to better analize the possibilities offered by the country’s current socio-economic status. Though they were already present on the Romanian market and had access to such information, they decided to request our support, as we already had experience in creating such country reports. Though these information might seam relevant to a company just entering the Romanian market, our advice is to request and put together such information every time a company considers developing its business.

So, our first job was to create a country report containing information relevant to our client’s needs. We had to make a detailed presentation of factors such as the:

Labour market and its policies

HR policies of the main companies

Expat policies and regulations for both EU and non-EU employees

Real estate market in a certain area of Northern Romania

The decision taken after the report was analyzed was to continue and create a Talent Pool of people fit for the first positions there were going to be opened in the newly developed R&D center: Project Leader and Mechanical Engineer. Both assignments were done in parallel by a Kilpatrick team of a Senior Consultant and a Researcher.

The Kilpatrick team had to identify potential candidates in a very short period of time and deliver as many interested people as possible. Considering the skills, education and experience they had to have, but also the restrictions imposed by the fact that we only had to develop the search in certain regions of the country  (North, North-West, and Central) both projects were a real challenge.

Even so, the project was finalized in due time. The Kilpatrick team identified 33 candidates from 7 companies for the Mechanical Engineer position and 30 candidates from 7 companies for the Project Leader position. For each of the positions 7 candidates were short listed and interested in continuing the recruitment process with our client. Considering these, both assignments represented a successful search and a consistent Talent Pool for a very niche industry and a geographically restricted area.

Based on our results, the client decided to proceed and open a new R&D center in Northern Romania that would serve an important part of the market they covered.